After having arrived at the safety of the common area after the riot this past Thursday we were able to witness one of the young ladies that had come to the Lord under our ministry. This is Leslie. She used to be an inmate at this same prison, but now she returns at least three times a week to minister here. She feels indebted to the Lord to deliver the same Grace that she had received to those still in  carcerated. One of the last sights we had of her before leaving was her cradling the head of a very distraught elderly woman on her shoulder as she was praying that the Lord give her peace and comfort during this trying time.

She also has started a little Sunday School in her area. These are photos of some of her kids that come. After Sunday classes she leaves the children and then goes to the prison for Sunday Service. Her church only has one service on Sunday: 7:00 pm to around 1:00 am. The other picture is her preaching on her radio broadcast on a Reynosa station. She has been such a great blessing.

Pray for this young lady as she continues to work for the Lord. 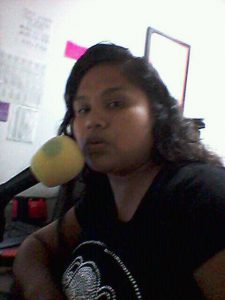 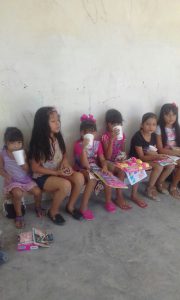