Violence is beginning to surge again in our sector of Mexico. The Zetas have also made a resurgence, and according to news reports have ramped up their fighting with the Gulf Cartel stronger than ever.

This past Tuesday (as can be seen by these photos) the Mexican military found an underground hiding spot containing rifles, grenade launchers and thousands of rounds of ammunition in Reynosa. The underground room was used by cartel members, according to a news release by the Tamaulipas Coordination Group. Inside the chamber were found 33 rifles, three grenade launchers, thousands of rounds of ammunition, more than two dozen AK-47 magazines, and other weapons and accessories.

We personally, as of late, haven’t really seen much cartel activity, but please remember us in your prayers, and all the other missionaries that travel these roads on a daily basis. 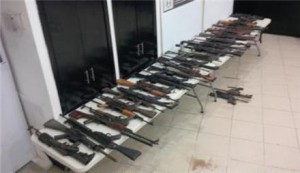 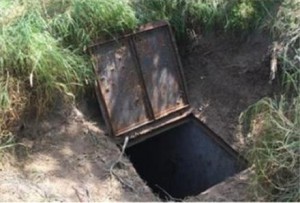