Often times when we tell people that in the past eight years over 250,000 (1/4 million) people have been killed due to drug-related violence in Mexico we get that deer in the headlight look; as if they are trying to decide if we are exaggerating or not. We are not. Besides these 250,000 killed, there have been over 80,000 people who have disappeared; as if they had never existed. I realize that these are numbers hard to grasp and comprehend, but they are real.

This past week we experienced another heartbreak. At this time I won’t go into much detail but below you will see two pictures. They are of Ivonne and her husband Hugo Camacho. They both work at the prison in Reynosa and I have known them as friends for several years. Recently Ivonne has prayed with me and has started studying her Bible. This is all new to her. She asked me, “How do I pray?” “How do I read the Bible?” It has been a joy to lead her down this new path.

About two months Hugo was kidnapped. I just discovered this a few days ago. After a few days of his disappearance, she was contacted about a ransom of 100,000 pesos (about $5,000.00 dollars). She hasn’t heard anything since. She has come to me not only asking for my prayers but for the prayers of all the brothers and sisters up north.

It doesn’t look good, but if you would pray that she receives some news I would greatly appreciate it. However, the most important thing that she needs right now is the continual presence of the Comforter, for not only her but for their three children: 2, 5 and 8 years old. 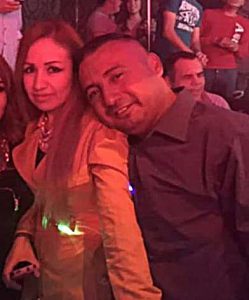